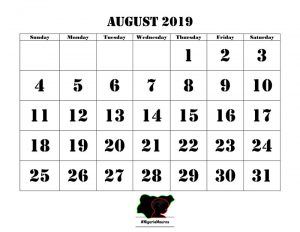 The month of August recorded a substantial number of casualties from mass atrocities across the country.  The attacks recorded bordered around targeted and random kidnappings in urban and rural areas, and highways; extrajudicial killings perpetuated by security personnel; and, continued banditry and terrorism

Despite efforts to contain the crises in the country, the cloud of insecurity grows thicker. Kidnappings in and around communities, continue unabated. The infamous Kaduna-Abuja highway has constituted a hotspot for abductions, in spite of several security checkpoints along the length of the road. While the Governor of Kaduna state, as well as the Police Command in that area have displayed endeavours to curtail the menace of abductions on the highway, kidnappings persist with such impetus that would make one wonder at the blatant contempt of the Police by these ruthless kidnappers.

It is disheartening to report contempt for the rule of law by law enforcement officers. Extrajudicial killings are prevail. Even more depressing are reports of the killings of officers of the Police Force by the members of the Nigerian Army. What becomes of an insecure nation, where its protectors battle against each other? However, the impunity for this crime wanes, as criminal officers are being brought to book by the law. This is a stride in the struggle against impunity in our country.

Although, while our forces have reportedly technically defeated the militia opposition in the Northeast, our soldiers remain relentless in the silent war against these Boko Haram and ISWAP terrorists. However, more relsilence and support is needed for our forces to conclusively conatin the conflict, as affected states continue to recordan increase in the number of displaced persons, who have no prospect of returning to their homes while the conflict lingers.

In summary, our media tracking for August 2019 recorded 213 deaths, it is paramount that we document these deaths, discuss ways to prevent reoccurrence and enforce tighter security laws to manage and resolve the insecurity situation.

A man, identified as Friday Etor, was allegedly killed by Herdsmen in Ikot Obio Nso, Mkpat Enin Local Government Area of the state.

Woman hacked to death by alleged Herdsmen in Enugu

A woman, identified as Mrs Regina Mba, was abducted from her farmland in Ndiuno Community, Nchatacha, Enugu. Days later her lifeless body was found in a bush. It was reported that she was raped and her body decapitated afterwards.

Three soldiers were reportedly killed in a gun duel with members of Islamic State of West African Province (ISWAP) who stormed the community and attacked the military location.

Boko haram terrorists killed 12 persons in a village in Niger.

Four people were killed, and 12 others are still missing in the aftermath of Boko Haram attack on Gajiram, headquarters of Ngazai Local Government Area of Borno State.

Three Nigerian soldiers killed in a bloody battle in Borno

Three Soldiers and many Boko Haram fighters were reportedly killed during a face-off. The ambush happened at Gasarwa village, along Gajiram-Monguno road in Nganzai Local Government Area of Borno.

Fierce clashes between a regional force and IS-affiliated fighters in Borno State claimed the lives of at least 25 soldiers.

5 civilians were left dead after a clash ensued between Nigerian soldiers and members of the ISWAP in Monguno Local Government Area of Borno.

Eight people, including three soldiers, were killed in jihadist attacks on an army base and village in Maiduguri, Borno State.

No fewer than 10 persons were killed by gunmen in Ogoni, Rivers State.

4 killed during a funeral ceremony in Benue

The Benue State Police Command, confirmed the killings of four people in Tongov district of Katsina-Ala Local Government Area, Benue. The victims were burying a relative when the gunmen opened fire on them.

At least four persons were killed in attacks by bandits in Tsayu Village under Jibiya Local Government Area of Katsina State.

Thirteen people have lost their lives following attack by bandits on two communities of Dantakuri and Barza, in Danmusa council area of Katsina state.

Seventeen persons were killed in a series of attacks on communities by bandits in Katsina State.

Some armed bandits launched an attack on travellers on Abuja-Kaduna Expressway. The bandits killed three travellers and kidnapped dozens during the attack on the highway.

No less than 14 people were killed after suspected militiamen attacked a community in Taraba State. Residents said the attackers were from Benue State, suggesting it was part of the raging Tiv-Junkun violence.

Emmanuel Ikechukwu,who was said to be the leader of Choba community security outfit in Obio/Akpor Local Government, was allegedly killed in his Rumuchuakara home town by armed men.

Four persons were killed and three others injured after suspected cultists resumed hostilities at Oworonshoki, a Lagos suburb.

Some yet to be identified personnel of the Nigerian Army allegedly killed 3 police officers and released a kidnap kingpin in the process.

A pregnant woman was killed in a Lagos suburb after a bullet fired by an official of the Special Anti-Robbery Squad of the Nigerian police hit her.

One killed, seven injured as police, hoodlums clash in Anambra

One person died, while seven others sustained injuries after police officers clashed with hoodlums in Onitsha metropolis.

The Ogun State Police Command accused soldiers from the 81 division of killing some residents of Isheri Olofin, a boundary community between Lagos and Ogun States.

A retired Policeman shot dead a man during a festival in Imo State.

One killed as Police, motorcyclists clash in Benue

A man identified as Mr Terhemen Tyavbi was shot dead during a scuffle between its Special Anti-Robbery Squad (SARS) and motorcyclists in Kwande Local Government Area, Benue.

Five Redeemed Christian Church of God were abducted along Ijebu-Ode axis, they were enroute the annual ministers’ conference.

Abubakar idris, a lecturer at the federal University Dutsinma Katsina State was abducted from his residence in Kaduna State.

The Provost, College of Education, Katsina Ala, Mr Tsavwua Gborigyo was abducted in Benue.

Gunmen kidnapped a pastor in Angwan Makiri, near Udawa, in Chikun Local Government Area of Kaduna State and demanded for a N20 million ransom.

Unknown gunmen kidnapped Alhaji Aminu Bodai, a member of the Sokoto State House of Assembly in Bodai village of Dange/Shuni Local Government Area of the state.

Seven persons were kidnapped in Kaduna by armed men in military uniforms in Malali region of the state.

A man identified as Chuks Stephen Mbah, was stabbed to death by a fellow student over alleged non-payment of electricity bill.

Gunmen attack and kill a police officer at checkpoint in Ondo

Gunmen shot dead a police inspector, identified simply as Lasisi, while he was on patrol duty along Isua-Ise Akoko Road in Akoko South East Local Government Area of Ondo State.

Ondo: One killed in a robbery attack

A member of staff of Wema Bank was killed and two others injured, when armed robbers struck at the Iju, Ondo State.

The Chairman of Bunu Hunters in Kabba/Bunu Local Government Area of Kogi State, Caleb Oshe and his son, Sunday were killed by gunmen.

Unknown gunmen suspected to be cultists shot and killed the leader of a vigilante group, in Choba community, Rivers state.

Four people were killed in an attempt to rescue an entrepreneur, Mercy Gabriel, who was abducted by gunmen at Obu Branch in Otukpa town of Ogbadibo Local Government Area of Benue state.

Unidentified persons stabbed a policeman – Inspector Isiyaku Babaji, to death at his house in Kwari Sabuwa in Kano State

Three policemen and a driver were killed by gunmen in an attack on the convoy of Nasarawa State Deputy Governor, Dr Emmanuel Akabe

The Vice-Chairman of the All Progressives Congress, APC in Ward 5, Oyigbo local government Area of Rivers State, Edward Okechukwu was shot dead by unknown gunmen.

Gunmen shot dead one Mr. Johnson Taiga, elder brother to the Delta State Chairman of the Committee for the Defence of Human Rights, CDHR, Comrade (Dr.) Prince Kehinde-Taiga. The incident occurred at about 4 pm in Edjophe Community in Ughelli South Local Government Area.

Gunmen shot and killed a yet to be identified lady in the Oke-Ogba area of Akure, the Ondo State capital, Akure.

At least 2 people were killed after two rival groups of the All Progressives Congress (APC) clashed at the Katcha LGA election. The incident occurred along the Minna- Bida road.