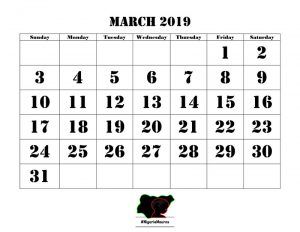 Nigeria is beset by violent conflicts, often resulting in the deaths of citizens. From the banditry in the North-West, to the insurgency in the North-East, herdsmen attacks in the North-Central and Middle-Belt, gang clashes in the South-West, kidnappings and insurrection in the South-East, political gangsterism and cultism in the South-South; the victims of these atrocities are growing exponentially.

The month of March saw an alarming spate of violent killings across 22 states of Nigeria, in which we monitored the reported deaths of at least 254 persons in the media. Unfortunately, these media reports fail to document victims who become physically disabled or have lost homes and property.

Prevalent amongst these security challenges are the unrelenting incidences armed banditry in Zamfara and Kaduna states. Electoral violence has become a recurring decimal in Nigeria, often characterized by tensions, transforming into violent clashes and with many fatalities. With the gubernatorial elections conducted across 29 states, there were multiple cases of violence during and after the Saturday, March 9 polls.

For a decade now, the terrorist activities of Boko Haram have nearly crippled Northeast Nigeria. Spreading its tentacles into Chad and Cameroon, it has also been able to establish connections with Islamic State (IS), an international terrorist organization, to establish Islamic State’s West Africa Province (ISWAP). March 2019, has recorded several attacks of the terrorist sect that has left 10 persons dead

Bloodletting seems to have returned to the food basket of the nation. In recent years, Benue state is arguably the terror basket of farmers-herders crisis in the country. Conflict between these two economic groups continue to intensify as resources shrink.

In a country where citizens seem to have lost faith in the security agencies, the accounts of brutality of some of their operatives in the dispensation of their responsibility has further fuelled the negative perception of their public image. Reports of extrajudicial killings of three Nigerians – Kolade Johnson, Oluwakemi Adeoye and Otobong Jumbowho – within a month, generated widespread outrage, escalating the outcry of Nigerian to End SARS and bring erring security personnel to justice.

According to Nigeria’s constitution, the primary objective of government is to ensure the security and welfare of citizens; the reports indicate government’s inadequacy in dealing with the security challenges that have beset the citizenry. Below is a summary of our media tracking of violent killings for the month of March 2019.

Eyewitnesses recount the gruesome killing of a woman by suspected herdsmen

No fewer than 16 persons were reportedly killed in an attack by suspected herdsmen dressed in military uniform. This happened in Agagbe community in Gwer West Local Government Areas of Benue State.

Two people were killed and houses destroyed in attacks suspected to have been carried out by herdsmen in Akwanga Local Government Area of Nasarawa State.

5 persons killed by landmine in Borno.

Five farmers were killed after their vehicle hit a landmine planted near a road in Maiduguri. It is suspected that Boko Haram terrorists may have planted the landmine.

Boko Haram militants attacked a town in Adamawa state, they robbed a bank, set it ablaze and killed three people.

Two persons were reported dead after Jihadists, believed to be from the IS-affiliated Islamic State West Africa Province, attacked a Military base in Miringa.

7 persons killed and 8 injured in Kaduna

7 persons were reportedly killed while 8 others sustained gunshot injuries during an attack by suspected armed kidnappers in Sabo Sarah area of Kaduna State. Reports reveal that the victims were killed and others injured while attempting to rescue one Alhaji Nasidi from the hoodlums.

At least 40 persons were reportedly killed in Danjibga and other communities, in Shinkafi and Anka local government areas of Zamfara state by unknown bandits.

At least 17 people were killed while 18 others were severely injured by bandits in Dumama community in Zurmi Local Government Area of Zamfara State.

No fewer than 12 people were killed by bandits in Layin Maigwari village along Funtua road in Birnin Gwari Local Government Area, Kaduna State.

At least 17 people, including civilian militia members, were killed in communal clashes with cattle thieves in Jan Ruwa village in the Birnin Gwari district of Kaduna state.

10 killed, 30 houses razed down by gunmen in Kaduna

No fewer than 10 people were killed and about 30 houses set ablaze by unknown gunmen in Nandu Gbok community in Sang Local Government Area of Kaduna State.

Three policemen were shot dead in Yenegoa, Bayelsa state and their riffles were carted away by their assailants.

Suspected cultists killed two corps members and injured one during an attack on their residence in school road Swali, Yenagoa, Bayelsa State.

2 soldiers killed and others injured in Rivers

The death of 2 soldiers was reported while several others were injured after an attack was launched on a military checkpoint in Abonnema, Akuku-Toru Local Government Area (LGA) of Rivers State.

6 killed by highway robbers in Adamawa

Mother and daughter murdered in Kebbi, in unverified circumstance.

A woman identified as Bilikisu Zayyanu and her three-year-old daughter were killed in Dole Kaina village of Dandi Local Government Area of Kebbi State in circumstances yet to be verified, but suspected to be an attack by gunmen.

One youth was killed, two others sustained injuries following a fight among youths in Jambutu community in Yola North Local Government Area of Adamawa State.

No fewer than 20 persons were killed during a communal clash among the Igburra and Bassa Kwomu communities in Kogi State.

One person was killed while 10 others sustained varying degrees of injuries during the fierce clash that ensued between Moro and Yakoyo communities in Ife North Local Government Area over boundary lines.

4 dead during a community protest in Ondo

Four persons were killed at Ore, during a protest by some youths in the community.

4 police officers, including DPO and Pregnant policewoman killed, in Edo

Four police officers were killed during an Improvised Explosive Devices (IED) attack on the Divisional Police Command and office of the Independent National Electoral Commission (INEC), at Afuze, Edo State. The Divisional Police Officer(DPO), 2 Sergeants, one of which was pregnant, and 1 Corporal (all identified) were shot dead by the invaders.

1 brutally hacked to death by suspected cultists in Delta

10 dead in a bloody cult clash in Imo

Ten students were killed and several others severely wounded in a raging cult battle that rocked the Federal Polytechnic Nekede in Imo State.

2 people were killed during a cult clash that occurred in Nasarawa Bacoco, Calabar Municipal in Cross River State.

One shot dead, others arrested as soldiers invaded a community in Rivers

One person was killed and others were arrested as soldiers invaded the palace of Ateke Tom Amanyanabo of Okochiri Kingdom, Okirika Local Government Area of Rivers State.

A woman identified as Oluwakemi Adeoye and a mother of six was hit by bullets in a cross-fire between security agents and political thugs in Ogere-Remo, Ikene, Ogun State during the governorship and state House of Assembly elections.

A negligent police officer, who was reported to be intoxicated while on duty, allegedly shot dead a teenager, Hadijat Sikiru, in the Adamo area of Ikorodu, Lagos State.

Ogar Jumbo, an officer of the Nigeria Security and Civil Defence Corps (NSCDC) was killed a group of policemen in Abuja.

1 dead, 10 buses vandalized as drivers and policemen clash in Lagos

One person was shot dead and many injured in Lagos as commercial drivers and policemen attached to the Lagos State Task Force on Environmental and Special Offences (Enforcement) Unit clashed in the Mile 12 area.

A Police officer was alleged to have killed a motorcyclist identified as Ademola Moshood in Surulere, Lagos Mainland for refusing to give a N200 bribe.

A man identified as Kolade Johnson was killed by a bullet fired by police officers attached to police special anti-cultism squad, Ogunyemi Olalekan, in Mangoro, Lagos.

2 killed in mob action in Katsina

Residents of the Kankara town reportedly mobilized and killed two suspected bandits who they claimed besieged their town to cause mayhem.