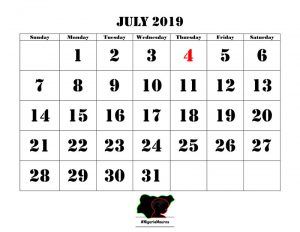 July recorded an outrageous rise in the number of deaths resulting from banditry. In addition, media reports portray a spread of the menace beyond Zamfara, Katsina and Kaduna states to other parts of the region, particularly Kebbi and Sokoto states. This increase in violence and insecurity is causing unrest amongst the citizens and sacking them from their villages.
In the course of tracking, we observed that abduction is rapidly spreading into different parts of the country. Targeted individuals are kidnapped in exchange for ransom. Our highways are not as safe as commuters are abducted and slain, in worse case scenarios.
Also, Boko Haram insurgents have remained relentless in their fight against the government and its citizens.  The sheer dedication and resilience in destroying lives and properties in different communities are costing Nigeria lives of her civilians and soldiers, men of the Nigerian Air Force included. The rebels deploy various modus operandi; suicide bomb attacks, open attacks on the military base and Islamic State’s West Africa Province.
Equally important, sectarian violence has left the Benue Valley region in flames and rival gang clashes amongst the chaos stir violence in the West, leaving bloodied bodies littered in our streets.    This current trend of violence has imprinted despondency in Nigerians, in that the security apparatus is incapable of guaranteeing the safety and security of the country. This situation promotes fear and limits the possibility of economic development.
The state of insecurity requires that urgent actions be taken; the offenders should face the law, structural distortions and anomalies are addressed as terrorism is fast destroying our National resolution and prevention.
In summary, we recorded 307 deaths from mass atrocities in the past month, below is a summary of our July media tracking.

2 women killed during a herdsmen attack in Nasarwa

5 soldiers were reportedly killed during a Boko haram ambush

11 Boko Haram militants and seven Nigerian soldiers were killed during a clash in Konduga, Borno.

One person was killed and six others are missing after suspected Boko Haram gunmen attacked a convoy of humanitarian workers in Borno State.

At least 65 killed by Boko haram in Borno

Villagers were walking home from a funeral in Borno when gunmen on motorbikes surrounded them in a graveyard and opened fire.

10 killed by gunmen in Benue community

Benue State Police Command confirmed that 10 persons have been killed by gunmen in Agatu Local Government Area on Sunday night.

11 persons were killed in Kankara and Danmusa Local Government Areas of Katsina State as bandits struck in various communities in the councils.

This attack came hours after there was an attack in Maidabino, Danmusa Local Government Area where they reportedly killed sixteen people.

4 killed by bandits in Benue

According to Benjamin Agesan, Benue State correspondent of Business Day Newspapers, 3 people were murdered by heavily armed men along Kastina-Ala to Makurdi.

22 killed by bandits in Katsina

A father, Mr.Oti Ato and his son, Sunday, were murdered in Ebom in Abi local government area of Cross River State.

The crisis between Tiv and Jukun ethnic groups in Wukari local government area of Taraba State assumed a different dimension as two students and a non-academic staff of the Federal University Wukari were abducted and killed.

A man simply identified as James, was shot at and cut with machete by suspected rival gang members in the campus.

The week-long prolonged fight between two cultist group in Oworonshoki and Gbagada areas of Lagos State left at least four people dead in the area.

A final year student of the Department of Agriculture, identified as Prince Tuakabari was shot and killed around NDDC Hostel in the Rivers State University, which left many students scampering for safety.

2 killed during funeral in Rivers

Clashes erupted as protesters gathered outside the National Assembly and sought to enter to register a demand for the cleric’s release. 2 protesters of the protesters were shot and killed.

A middle-aged man, identified as Francis Ene, was hit and killed by a stray bullet during a faceoff between operatives of the Special Anti-Robbery Squad and some armed robbers in Ilupeju, Lagos

At least 12 people, including a police officer and a journalist were reported killed and several injured when the protesters clashed with security officers.

Angry mob burned down a Police station in Imo

An irate mob burnt down a police station in Imo State, following an accidental discharge by an officer that killed a young man.

A suspected political thug, identified as Dauda Momoh, was killed by a mob in Adavi l Local Government Area of Kogi State.

In a grim case of jungle justice, a 22-year-old man identified as Olamide Omolede, was killed by hoodlums in Badore, Ajah, Lagos after he was wrongly accused of stealing a mobile phone.

A woman identified simply as Foluke was abducted in Eruwa, the headquarters of Ibarapa East Local Government Area of Oyo state.

Dr Bashir Zubayr of Aminu Kano Teaching Hospital (AKTH) was kidnapped alongside his relatives by unknown gunmen in Kogi.

Emmanuel Piridimso, the Permanent Secretary of the Adamawa State Ministry of Mineral Resources, was abducted by gunmen.

3 Zamfara officials were kidnapped and one killed in Kachia, Kaduna

A senior lecturer at the Taraba State University, Jalingo, Mr. Benjamin Ezekiel, was kidnapped by gunmen who invaded his residence at ATC near Grace Junior Academy in the early hours of the day.

Nigerian footballer and coach, Samson Siasia’s mother, Ogere Siasia, was abducted by unknown gunmen in her home in Bayelsa State

Ten Turkish sailors were taken hostage by gunmen off the coast of Nigeria.

Gunmen dressed in “security uniforms” kidnapped the finance minister for Zamfara state, seizing two of his staff members and killing his deputy.

A Medical Doctor attached to the University of Calabar Teaching Hospital, Dr. Inyama Marcus, has been kidnapped in Akwa Ibom.

A young girl of eight years, Aisha Sani, abducted in Tudunwada quarters of Kano State by unidentified lady and 2 weeks later, her body was found lifeless.

At least five women and girls were abducted by Boko Haram in Dikwa town, Borno state.

Gunmen killed a man and abducted his daughter in Kebbi

Woman kidnapped while jogging in Lagos

Mrs Gbemisola Alabi, 35, in the course of her routine exercise, was accosted by her captors around Monastery road near Novare mall.

A divisional police officer and three other officers were killed in Bayelsa State, when hoodlums raided a police division in Agudama Ekpetiama, near Yenagoa, Bayelsa State.

A group of unidentified gunmen attacked a police checkpoint in Port Harcourt. They shot and killed two policemen and carted away their rifles.

Chinese working with a glass and aluminium company have been reportedly abducted by gunmen in Benin, Edo State

Adamawa Police Command confirmed the killing of an uncle to Sen. Ishaku Abbo and the abduction of his step mother after unknown gunmen invaded their residence at 3am.

Armed men broke into the residence of one Hussain Manjalo of Doka Mai Jama’a via Kujama Village Chikun Local Government Area, abducted him and shot dead one Abdurrauf Muhammad after the victim was said to have challenged them.

The Jigawa State Police Command arrested a 27-year-old man, Abdulkarim Mato of Tsakuwawa village in Miga local government area of the state, for allegedly killing two-year-old boy, with a hoe.

1 killed by pirates in Rivers community

Criminals dressed in Army Camouflage attacked travelers in the middle of the high sea, A man identified as Abraham Anthony Alex, was killed while some others sustained different degrees of injury.