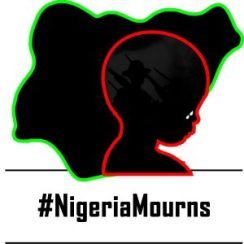 We, a coalition of more than 100 Nigerian civil society actors held an emergency meeting in Abuja on Monday April 30, 2018 to deliberate on the escalating violence in the Middle-Belt/Benue Valley of Nigeria and other parts of Nigeria, and its attendant humanitarian crisis.  The Meeting received briefings from different parts of Nigeria and also from representatives of the Presidency.

The trajectory of organised crime that are linked to killings in various parts of Nigeria over the last five years has risen exponentially with monumental loss of lives, livelihoods and property. For the most part, the destruction associated with this spiralling crisis of violence and mass killings has been grossly under-reported. In spite of gross underreporting, in Benue State alone between 2013-2016, official reports have estimated that 1,878 persons were killed, 222 disappeared and 750 grievously wounded. This number included 526 women, 200 (38%) of whom were pregnant, and another 231 (44%) nursing mothers. In the first quarter of 2018, at least 600 persons have been killed in Benue State alone. In January and February of 2018, the Benue State Emergency Management Agency, BSEMA, recorded 169,922 internally displaced persons. The killings affect 12 of the 23 local government areas in the state. More than 10% of the population of Benue State have been directly affected by this crisis.

Other states in the Middle-Belt region and around the Benue Valley: Plateau, Taraba, Nassarawa, Adamawa, Kwara, Kaduna and Kogi have also been impacted by this crisis and have recorded a combined number of casualties almost equal to that of Benue state.

In the 17 years since 2001, the African Centre for Strategic Studies estimates that over 60,000 have been killed in this rising violence in the Middle Belt, representing a yearly average of more than 3,500 people.

Beyond the Benue Valley, the footprint of violent mass killings in Nigeria extends to Zamfara State, which for example, has recorded well over 120 related killings between January and April 2018, and other states including Abia, Delta, Edo and Oyo, where communities have recorded mass protests over killings, kidnaps and rapes.

There has been no accountability for these killings. Instead, they seem to have been accompanied by impunity. In response to these killings, the government has offered excuses. The President blamed foreigners or arms from Libya. Earlier in the year, the Defence Minister appeared to justify these killings, blaming them on interference with traditional grazing routes or on the adoption of laws in some states outlawing open-grazing.

Nigeria’s 1999 constitution makes clear that the primary purpose of government is the safety, security and welfare of all who live within its territory. Section 17(2)(c) of the same constitution commands that “governmental actions shall be humane”.

While Nigerians are being killed our communities and livelihoods are laid to ruin, politicians at all levels are conducting politics, setting up campaigns and carrying on with electioneering with no regard for their constitutional duties of humaneness or empathy. The government has shown itself unwilling or unable to confront these killings and to put an end to them. By so doing, it has abdicated its constitutional duty to guarantee the safety, security and wellbeing of all who live within Nigeria’s geographical boundaries.

The chronic mass killings in the Middle Belt and other parts of Nigeria, such as Zamfara State, have become a blot the collective conscience of our Nigerian humanity. They have also given rise to mass displacement, creating civic, humanitarian, and food security crises:

In turn and together, this situation now endangers the very existence and coexistence of Nigeria as never before since the end of the civil war. A country like Nigeria already confronting mass casualty violence in the North-East region cannot afford the levity with which the political leadership has approached the situation in the Middle Belt.

After a careful and exhaustive deliberation these issues, we resolved to communicate the outcomes of our convening as follows:

As Nigerian citizens and members of organized civil society, we call on the Federal government to live up to its primary responsibility of protecting lives and property and promoting the welfare of all who live in Nigeria. We therefore demand from the executive and legislative arms of government, clear, measurable steps to:

to ensure the provision of humanitarian aid and assistance to communities displaced by the crisis.

to take essential measures to combat the proliferation of small arms and light weapons across the region and their further inflow into the country.

ensure an urgent accounting of the missing and dead, and an estimation of the loss incurred by individuals and impacted communities; and

mobilise the resources and partnerships to make it possible for people of goodwill to take a stake in bringing the crises in the Middle Belt to an end.

As civil society, we hereby commit ourselves to action and partnerships to address evidence gathering for possible accountability for mass atrocities in the Benue Valley as well as for humanitarian action to alleviate the suffering of the victims. For this purpose, we have resolved to establish a Nigerian CSO Crisis Action Secretariat on the Benue Valley to explore collaborative and complementary options for constructive action on the crisis of mass killings in the region.  We have also committed to organizing a humanitarian convoy from the nation’s capital to the epicentre of the crisis, in response to the needs in the region, and as a symbolic action of our unity as Nigerians.

At this time, we stand in solidarity with our fellow citizens in Benue and Zamfara States and across the (other) states of the Benue Valley. To them, we reiterate that you are not alone and that the injustice you suffer is our collective shame and pain.

We call on all concerned Nigerians to join us as we organize towards a national day of mourning and remembrance later in May to memorialise all whom we have lost and demand for government that has the capacity to re-discover – if it can – the reason for its existence.

The undersigned append their signatures on behalf of the coalition, whose individual signatures are affixed on the attached page.