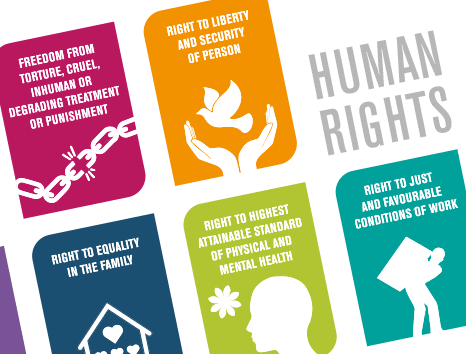 On Wednesday 15th April, residents of Delta state met Gov. Ifeanyi Okowa’s extension of lockdown in their state with a vehement street protest, complaining of hunger and the need to earn a livelihood. There have been 4 confirmed cases of Covid19 in Delta state.  Read more

Some districts in Lagos and Ogun state are struggling with the double jeopardy of the lockdowns, and security threats – mostly from armed robberies and a cult gang known as the “One Million Boys”. In response to the opportunistic crises, the Lagos State Commissioner of Police led squad of anti-robbery policemen on a show of force to some of the communities threatened by the gangs, to allay the fear residents, and arrest miscreants. The Police Commissioner also provided the following emergency numbers: 090 1051 2385, 090 1051 2286, 090 1051 2287 and 090 1051 2288. Some residents of vulnerable communities have also in response to the threats, formed themselves into vigilante groups to provide surveillance within their neighborhood.

There have been at least 4 reported cases of mob attacks on food trucks and palliatives distribution centers in Lagos, Abuja and Kano states.

The Federal Government announced the distribution of N20, 000 each to 2.6million Nigerians within ten days in April, using an inaccessible National Social Register. Subsequently, a presidential directive ordered the expansion of the register from 2.6million to 3.6million people. Controversy have trailed the government’s unequitable and nontransparent distribution of the said sums. Nigeria’s population currently stands at 200 million people with about 86.9 Million Nigerians living in extreme poverty; and the informal sector (which is largely under lockdown), accounting for approximately 65% of the economy.

The Minister of Humanitarian Affairs and Disaster Management, Hajiya Sadiya Farouq, on Wednesday 15th April announced that Nigerians, who recharge their mobile phones with more than N100, and have a more than N5, 000 bank balance are ineligible to benefit from the government issued palliatives.

Lagos state with a population of more than 15 million persons, stated that it had distributed food to 200,000 households. Their claim is however contested by residents who claim that food items were distributed along political party lines, and that where they were received, the quantity and quality were abysmally poor.

States have been silent on the volumes of grains they received from the Federal Government. Some governors of the South West complained about the quality of rice distributed, with Oyo state deciding to return an expired batch of 1800 bags to the Federal Government. Lagos state claimed that some of the bags are bad but that a majority was good.

There have been no thought out social protection plans for homeless, unaccompanied minors, and Almajiri children across the country. In a knee-jerk reaction, an unaccounted number of almajiri children were being “deported” back to their “states of origin” by some Northern state governors after their informal Qur’anic schools were closed. Following this trend, Northern state governors reached a decision on Tuesday 22nd April to ban the Almajiri system in the region. Kano state between the 21st and 24th of April deported 432 Almajiri children to Katsina state; 663 to Jigawa state and 198 to Kaduna State.  Similarly, Kaduna state deported 40 Almajiri children to Kebbi state.  The Kaduna state government however announced that 20 of the returnee children from Kano state had tested positive to Covid-19.

Almajiri is a system of Islamic education practiced in Northern Nigeria where young children leaves their home to live with an Islamic scholars and study quranic educations. The word Almajiri is derived from an Arabic word “al-Muhajirun” meaning a person who leaves his home in search for Islamic knowledge. According to a 2014 report by UNICEF, the Almajiris constitute 9.5 million of Nigeria’s children within the ages of 3-14.

A group of Non-Governmental Organizations (NGOs) under the auspices of Advocates for Dan Almajiri have decried the exclusion of the Almajiri children from the palliative measures rolled out by various level of governments. They noted the high vulnerability of these children who are already exposed to poor health condition, and stressed the imperative for government to provide social protection to these children in order to protect them from the pandemic.