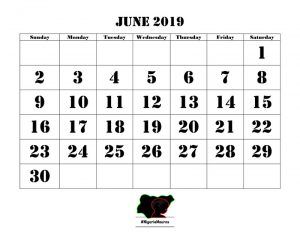 Over the course of the past month, the national security situation has, unfortunately, continued a steady descent into an increasing state of chaos— our media tracking revealed an uptick in the number of casualties of violent mass criminal activity, from 310 to 504. This comes in spite of measures implemented by the Federal Government specifically to combat the crises ravaging the country, including deploying “Operation Whirlstroke” in the Benue Valley and announcing the RUGA program for the settlement of the Fulani nomads (a strategy that was scrapped after much backlash).

We have noticed a few new trends at the end of our tracking, particularly in the Benue. The Gyenku killings and the Agatu clash were the only cases of mass violence we have on record for the period, which suggests that the federal military operation in Benue has been effective in preserving the peace. In the midst of this good news, however, we noticed that the violence has moved slowly westward, affecting communities in Niger and Kogi states. If this trend proceeds as it currently is, then more violence can be expected to break out outside the sphere of military presence, in states such as Kwara. It is imperative that state actions begin to devise preventive measures to protect the lives and properties of citizens.

Our media tracking for the month of June, 2019 recorded 504 deaths as a result of mass atrocities. It is of utmost importance that we document these deaths, discuss ways to prevent reoccurrences, and analyze the difficulties surrounding resolution and prevention.

At least 8 persons were killed and others injured, following an attack by suspected herders on communities in Taraba.

five persons were killed during attacks on Gyenku in Ukum Local Government Area of Benue State.

7 hacked to death by suspected herdsmen in Kogi

A bomb suspected to have been planted by Boko Haram killed two children in Hong, Adamawa.

30 persons were lost and 40 others sustained varying degree of injuries during multiple suicide bomb attacks on a viewing center in Mandarari, Konduga Local Government Area of the state.

At least 18 Nigerian troops were killed and six others wounded after Boko Haram insurgents sacked a forward operating base in Borno State.

At least, 14 people were reported dead and 38 others seriously injured following a suicide bomb attack at Mandareri-Sambisa ward of Konduga Local Government Area of Borno State.

At least 7 people were confirmed dead – 4 soldiers and 3 terrorists,  when Boko Haram terrorist clashed with troops in Borno state.

Not less than 29 persons were killed in two Borno villages when suspected Boko Haram insurgents attacked the villages.

Suspected Boko Haram terrorists slaughtered at least 20 farmers on their farmlands in a border town close to Niger Republic.

This happened at Ngamgam in Mobar local government area of Borno State.

Gunmen kidnapped an expatriate and killed an NSCDC officer in Etsako East, Edo.

3 policemen were killed during a bank robbery in Iwo, Osun State.

Not less than 50 killed during Bandits rampage in Sokoto

Bandits struck in Rabah and Isa local governments areas of Sokoto State, in simultaneous and coordinated attacks on Saturday evening and killed over 50 people in five villages.

No fewer than 23 persons were killed in a reprisal attack in Kabaje and Tunga communities of Kaura Namoda Local Government Area of Zamfara State by bandits.

70 people have been confirmed killed by bandits that attacked some communities in Shiroro Local Government Area of Niger State.

34 persons killed by bandits in Zamfara

The Police Command in Zamfara confirmed the killing of 34 persons following an attack in Tungar Kafau and Gidan Wawa communities in Shinkafi Local Government Areas of the state.

At least 1 person dead after a banditry attack in Zamfara State.

Gunmen shot and killed two people at a waterfront area of Bakana Community in Degema Local Government Area. The gunmen came in a speed boat, shot their victims, threw the corpses in a nearby mangrove.

Gunmen killed a personnel of the military Special Task Force (STF), maintaining peace on the Plateau, and three other persons at Tubun-Rong village in Ganawuri District of Riyom Local Government Area of the state.

3 killed by gunmen in Kaduna community

The police in Kaduna confirmed the killing of three persons by gunmen at Unguwan Rimi village in Chawai District of Kauru Local Government Area of the state.

The District Head of Yankaba town in Kaura-Namoda Local Government Area of Zamfara State, Alhaji Buhari Ammani, his three wives and his son were abducted by bandits

3 persons were killed, 20 others kidnapped and about 500 cattle rustled following a fresh attack in Maradun Local Government Area (LGA) of Zamfara State by suspected bandits

One soldier killed as troops neutralize scores of bandits in Sokoto

2 soldiers were killed during the Operation HADARI DAJI carried out by the Nigerian troops. They engaged and killed 29 armed bandits around Moriki-Dole Moriki General area in Shinkafi Local Government Area of Zamfara state

Not fewer than eleven persons were reportedly killed in a fresh attack launched by armed bandits on nine villages of Kankara local government area in Katsina State.

At least one person died while three others escaped death with varying degrees of injury in Ikenga Ogidi community, during a clash with Umusiome community in Nkpor, a neighbouring town in Anambra State.

Five persons were reported killed and several houses razed down in a fresh crisis between the Tiv and Jukuns in Rafinkada Village of Wukari local government area of Taraba.

Man stabbed to death by rival gang member in Rivers

A young man identified as Ebi Pade was stabbed to death by a rival gang member at Mgbuoshimini, in Obio/Akpor Local government Area.

5 people were killed during what seemed like cult wars in Bayelsa, 2 were beheaded by rival gang members and 3 were caught up in the clash.
Read more: https://www.vanguardngr.com/2019/06/cult-clashes-leave-5-dead-in-bayelsa/

Man killed by a soldier during a gun duel in Rivers

Soldiers attached to officials of Shell Petroleum Development Company (SPDC) at B-Dere Community in Gokana Local Government Area, engaged some suspected oil thieves in a gun duel in the Community. A middle age commercial motorcyclist from Biara Community, was returning from his day’s work when soldiers mistook him for an oil thief, shot and killed him.

2 killed after soldiers clashed with Youths in Adamawa

Two persons were killed, six others sustained injuries during clash between youths and soldiers in Gurin in the Fufore Local Government Area of Adamawa State.

A man identified as Robertson Ndigbara, was mobbed to death in Bori, Khana Local Government Area, over a robbery incident he was alleged to be involved in.

Mrs Olawumi Adeleye and her stepson, Destiny Paul, were abducted on the Airport Road, in Osi town in the Akure North Local Government Area of Ondo State.

Some unknown gunmen suspected to be armed bandits on Tuesday afternoon abducted the village head of Garin Labo in Batsari Local Government Area of Katsina State.

The district head of yankaba community in Kano metropolis was kidnapped along his three wives and son.

Three persons were killed, 20 others kidnapped and about 500 cattle rustled following a fresh attack in Maradun Local Government Area (LGA) of Zamfara State by suspected bandits

Gunmen kidnapped a woman in Oyo, and demanded for N20million ransom

Unknown gunmen suspected to be kidnappers attacked and hijacked a passenger bus with ten persons on board, the incidents occurred along Akure-Ikere-Ekiti road,Ondo state

A woman identified as Sheni Kimati, a 25yr old  200 level student of the department of Geography, Plateau State University, Bokkos was shot dead by gunmen.

A soldier and two personnel of the Nigeria Security and Civil Defence Corps were killed by suspected members of an oil bunkering syndicate in the Gio community, Tai Local Government Area of Rivers State.

A man identified as Chimezie Eke was shot and killed by some gunmen in his car in Okomoko Street, D/Line, Port Harcourt.

A Customs officer identified as Yakubu Shuaibu, was shot dead by suspected smugglers in Ogun State.

A notorious kidnapper simpler identified as (Eze) was shot and killed by gunmen suspected to be members of Vigilate groups.  This incident occurred during a gun battle at Igwru eadali town, Airport road, Rivers State.

Man decapitated by gunmen in Rivers

A police officer identified as George Thomas was shot dead by unknown gunmen at Choba, in Obio/Akpor Local Government Area. Until his death, George was a Superintendent of Police with the Special Anti-Robbery Squad (S.A.R.S.) in Rivers.

Unidentified gunmen allegedly murdered a 20-year-old lady identified simply as Maria, in Ise Ekiti, Ise/Orun Local Government Area of Ekiti State. It was gathered that Maria was allegedly killed in her father’s farm located in one of the farmsteads in the town.

Suspected sea pirates in a creek along the Bonny River shot and killed 27-year old Aaron, who was a boat driver and a native of Forupa Azagbene in Southern Ijaw Local Government Area of Bayelsa State.