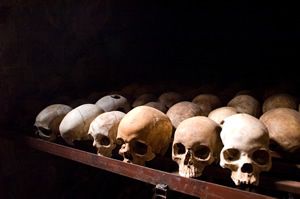 ‘Optimistic’ was not an adjective that best described Nigerians as 2020 kicked off with an uptick in the number of casualties of mass atrocities.  Our tracking of violent killings for January informs that at least 121 people were killed in the first 10 days of the year; and that 415 lives were lost in total across 23 states, including the FCT.
The ripple effects of unabated banditry/pillages have destabilized the North-West and are spreading to other parts of the country. In total, 225 deaths were attributed to this menace.

Another rising trend is the organized killings and abductions targeted at road commuters. At least 37 lives were lost to these attacks with more than 100 persons reported to have been abducted. 7 of these deaths were reported to have occurred on the Kaduna-Zaria Highway, while 30 deaths were recorded on Maiduguri – Damaturu road. On abductions, our tracking recorded 34 incidents of abductions with at least 100 persons kidnapped in a single incident, and a total of 207 people kidnapped in January. In most cases, we only found information about the abductions, without follow up information or updates on their release or killings.

In spite of the government’s claim that they had defeated Boko Haram, terrorism accounted for 127 deaths.  Terrorist attacks in Bornu state occasioned the killing of at least 30 persons, while 35 others sustained varying degrees of injuries after an improvised explosive device detonated on a crowded bridge in the market town of Gamboru, close to the Cameroon border. 8 people were killed in Payasatan Bilaburdar Village in Chibok, with only 3 victims identified – Joel Fali, 16; Kwakwi Fali, 14; and, Yusuf Yakubu, 35. The other 5 were unidentified.

More so, we observed the burgeoning pattern of beheadings over the past year in gang clashes in the South-south, and killings of terrorist abductees. For instance, terrorists abducted and later decapitated Pastor Lawan Andimi, the Chairman of the Christian Association of Nigeria (CAN) Adamawa State Chapter, in spite of the global campaign and fundraising geared towards his release.  In January we recorded an incident in which 4 headless bodies were discovered on a roadside in Emohua, Rivers State.  ISWAP in the North East also released an execution video of a child soldier beheading a university student identified as Ropvil Daciya Dalep, who had been kidnapped earlier in the month along Maiduguri – Damaturu road
.
Communal clashes also continued to feature. At least 4 persons were killed, and millions of Naira worth of property were destroyed at Pangari village of Bali local government in Taraba. It was alleged that the clash ensued between Tiv and Fulani ethnic groups after a Fulani herder had invaded a Tiv farmer’s bean farm.
Other forms of violent incidents recorded in January included gang conflicts, politically motivated forms of violence, mob action, extrajudicial killings, pirate attacks, and isolated killings.