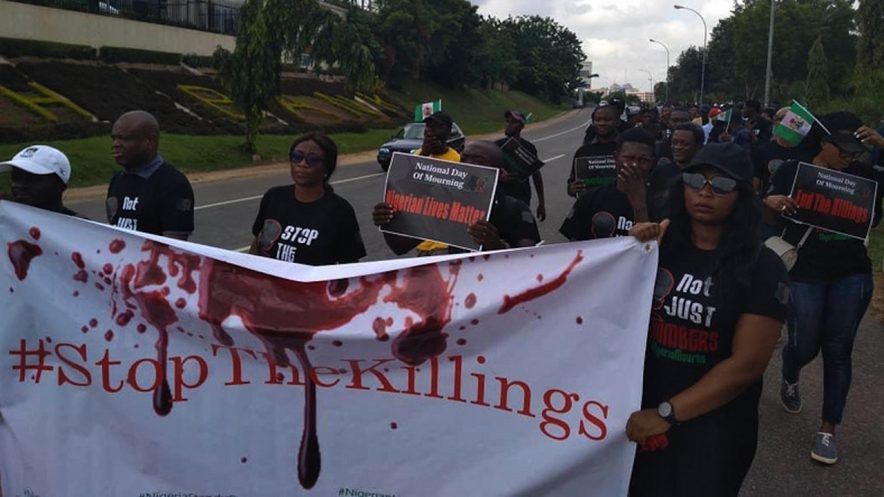 “”Let justice be done though the heavens fall.”

The Joint Action Civil Society Crisis Centre decries the unabated violence in Southern Kaduna; particularly, in Kajuru LGA, and calls for a balance in the scale of justice in the treatment of the crisis.

Shortly before the last general elections, we had released a press statement calling for caution and a thorough investigation of the killings in Kajuru following the state government’s pronouncement of the death of 66 persons. At that time, we warned that should the scale of justice remain skewed, it would only perpetuate the cycle of violence and ‘worsen the already fragile peace in Southern Kaduna, especially as it was unfolding within the context of the general election.

We are dismayed to note that following that incident, the breach of the fragile trust in the community has led to further deaths and reprisals. More alarming is the stance of government in addressing the crisis. We have observed and documented several instances of the threatening, victimization, and arbitrary arrests of activists and the community leaders of Adara. We have noted the arrest of the entire leadership of the Adara development Association with the exception of James Auta, Sebastine Barde, Bitrus Maiwando, Augustine Jankaro and Luka Waziri Esq; and that the above named are also being sought to be arrested on the simple basis of their affiliation and not for any crime committed. We have also documented with grave concern, the arrest and detention without trial of 23 under aged persons from Adara community who have been in detention since September 2018.

In the latest wave of victimization and arrest is the Kaduna state government’s attempt to utilize the judiciary as a tool to silence even activists and non-indigenes who dare to speak up against the ongoing pogrom and arrests in the state. Such activists include Dr. Chidi Odinkalu, who had publicly expressed doubt on the veracity of the numbers disseminated by the state government and had called for a transparent investigation of the facts surrounding the Kajuru crises.

We again reiterate that skewing the scales of justice will serve no good to the ongoing crisis and in the long run, will not benefit anyone. We therefore call on the Commander in Chief of the Armed Forces – President Mohammed Buhari, to set up an independent panel of inquiry into the crisis. We call on the service chiefs to ensure that law enforcement acts and is seen as acting impartially in the ongoing crisis. We call on the judiciary of Kaduna state to ensure that its actions and pronouncements are above board at all times. We remind the Governor of Kaduna state, Mallam Nasir El Rufai to act within the circumference of the rule of Law and the Constitution which he swore to uphold; and therefore to be circumspect in his utterances and actions, and seek to act in the best interest of the residents and indigenes of Kaduna state, irrespective of their ethnic or religious affiliations.

Finally, we call on all well-meaning Nigerians to become active participants in ending the spate of senseless violence that has befallen our country and is dragging our commonwealth down the path of anarchy.