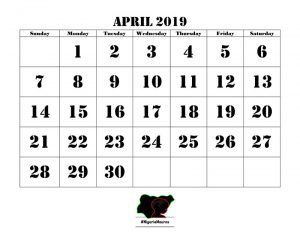 The flurry of killings in Nigeria, ranging from low level civil disorder, large scale violence and armed insurgency has plunged the country into a deplorable state of insecurity. Terrorism, bombings, banditry and gang clashes are major threats to internal security directed at citizens of the state who suffer the consequences this gross insecurity threat.

In the month of April, we observed an outrageous rise in the number of deaths resulting from the menace of banditry whose perpetrators widened their reach beyond Zamfara and Kaduna states to other parts of the North, causing unrest among citizens and dislodging them from their villages.

Boko Haram insurgents have remained relentless in their fight against the government and its citizens, the sheer dedication and negative passion deployed in destroying lives and properties comes at an unbearable cost : Nigerian lives. The rebels deploy various modus operandi; suicide bomb attacks, open attacks on military points, with the sole aim of weakening our security. April 2019, has recorded several attacks of the sect that has left 65 persons dead.

Activities of Militia Herdsmen have become more brazen and deadlier, especially in the South of the country, with incidents of killings, village raids and in some cases, forceful occupation of lands. In the month of April, a total of 54 deaths were recorded from attacks carried out by Militia Herdsmen.

Cult clashes and political gangsterism   increased exponentially, and this is easily traceable to the patronage of politicians in the South South.  This has now escalated from an election-related menace to a means of livelihood for the youth, resulting in blood baths.

The current trend of violence has left a lot of Nigerians despondent, with an increased loss of  confidence in the security apparatus  and their  capacity to guarantee their safety and security. This situation engenders fear and limits the possibility of economic development.

The state of insecurity requires that urgent actions be taken; the perpetrators of these acts of violence should be adequately penalized by the relevant agencies, while strategically addressing the, structural distortions in the Country.

The constitution of Nigeria provides that it is the primary responsibility of government to ensure the security and welfare of citizens. However, this report reveals government’s increasing inadequacy to guarantee the safety, and protect the lives and properties of its citizens.

Below is a summary of media tracking of violent killings for the month of April 2019.

No fewer than 16 persons were reportedly killed in an attack by suspected herdsmen dressed in military uniform. This tragedy occurred in Agagbe community in Gwer West Local Government Areas of Benue State.

Not less than 4 persons were killed by alleged Herdsmen in some parts of Abraka community, Ethiope East council area of Delta state.

2 Killed, 3 injured by Herdsmen in Ekiti

Suspected Herdsmen killed 2 persons and meted out severe injuries on 3 other persons   during a mid-night raid on Iyemero community in Ikole LGof Ekiti State.

15 people were killed in attacks carried out by Herdsmen in 3 communities in Adamawa State.

2 aid workers identified as Mathew Oguche, a Nigerian and his British colleague,  Faye Mooney were murdered by assailants, and 3 other Nigerians kidnapped at a recreational resort in Kajuru Local Government Area of Kaduna State.

Boko Haram insurgents  launched an attack on a town in the Eastern part of Damaturu, Yobe state, and left left several injured as  residents scampered for safety, while the Nigerian Army put the entire town on lockdown.

14 persons suspected to have been killed by Boko Haram militants were found dead in Duwabayi village near the garrison town of Monguno in Borno state.

Not less than 5 soldiers were killed and 8 were gravely wounded after Boko Haram attacked an operating Base in Mararrabar Kimba, Borno state. The invasion has also left not less than seven persons missing.

The Police Public Relations Officer of Plateau confirmed the death of Mr Mahan Ishaya, a 42 year-old man, who was shot dead by Gunmen in Daffo town of Bokkos Local Government Area of Plateau state.

50 persons killed by gunmen in Zamfara

No fewer than 50 persons, including members of Civilian Joint Task Force (CJTF) were killed in Zamfara by bandits.

A Bursar of the Akure Diocese of the Anglican Church, identified as Mr. Gabriel Abiodun, was shot dead by gunmen, in Akure, capital city of Ondo state.

At least 20 persons have been reported killed in an attack by unknown gunmen in Angwan Aku village, Kajuru Local government area of Kaduna state.

16 persons gunned down in Nasarawa

16 persons including a pregnant woman were murdered by gunmen, in Numa village, in Akwanga Local Government Area of Nasarawa State.

At least 11 persons killed after Good Friday Service in Benue

11 persons, who had just closed from a “Good Friday” Church Service, were killed by unknown gunmen, in Ikurav Tiev in Katsina/Ala local government area of Benue state.

No fewer than 11 persons were killed by suspected gunmen, in Ngibo and Tse Aye villages, Ikyurav-Tiev 1, Council Ward of Katsina-Ala Local Council of Benue State.

At least 5 persons were killed by invading militia, who stormed the Abaver and Tse Abi communities in Katsina-Ala Local Government Area of Benue State and fired sporadic gunshots, while citizens scampered for safety.

2 abducted and 2 Police escorts killed by hoodlums in Rivers

Armed hoodlums terrorising the Ahoada Ndele-Rumuji-Emohua axis of Rivers state, abducted 2 members of Staff of Shell Nigeria, and killed the 2 police officers attached to them.

At least three people were killed by a group of gunmen in Eneka community in the Obio/Akpor Local Government Area of Rivers State.

Unknown gunmen hacked down a lawmaker identified as Sinimbalia Maigida, and his 65-year-old father -Titus Maigida, in Kanam Council of Plateau State.

2 female suicide bombers killed alongside 3 other persons after detonating the improvised explosive devices strapped on them at Muna Dalti, Maiduguri.

2 Killed after bomb was detonated in Borno

Two people:  a soldier and a civilian vigilante were killed after 2 female suicide bombers detonated their explosives in Monguno, Borno state.

Four persons were killed and several houses burned down, in a communal clash between Jukun and Tiv ethnic groups in Wukari Local Government Area of Taraba State.

8 persons,including a 3-month old infant, were killed during a communal clash between two communities, over boundary dispute in Ebonyi State.

One person was killed while four others sustained varying degrees of injuries during the fierce clash that ensued between Abuja natives and soldiers over some plots of land at Tungan-Maje, an outskirt town of the Federal Capital Territory (FCT), Abuja.

15 killed during  communal clash between Tiv and Jukun Communities

15 persons were found dead while over 100 houses were  reportedly razed , during  a feud resulting in a clash, between The Jukun tribe of Taraba State and The Tiv of Benue state. The fatal  incident occurred at Vaase settlement in Ukum Local Government Area of Benue State.

At least 22 persons were killed in a communal war between ethnic Jukun and Tiv communities of Wukari local government area in southern Taraba State.

3 people were killed and a house was burnt down   during attacks in Kujama and Maraban Rido communities in Chikun Local Government Area of Kaduna State.

Three people were killed during the fierce clash that erupted between locals and the Hausa community in Panda, Panda Development Area of Karu Local Government Area of Nasarawa State.

The Police Command in Cross River confirmed the killing of 3 persons identified as rival cult members in Calabar South Local Government Area (LGA) of the state. The Police PRO   in the state confirmed the tragedy and gave words of  assurance to the media in handling restoring security and curbing further tragedy.

3 killed  in a bloody cult clash in Imo

Not fewer than 3 people were killed and others severely wounded during a cult battle in Owerri, Imo state.

4 killed during cult battle in Lagos

At least 4 persons were killed during a hellish cult war between rival gangs, in Sangotedo area of Ajah, Lagos State.

6 slaughtered during cult conflict in Ogun

6 persons were killed during a clash between the Aiye and Eiye confraternities in Ogun state.

A 13-Year-Old Boy identified as Precious Gladstone was shot dead from bullets fired by a policeman, during a protest in Rivers State.

One killed, many injured as police officers open fire in Ifo, Ogun

Easter Sunday turned out tragic in Ifo are of Ogun State, as a man, identified as Akeem Akinsanya, was allegedly shot dead by policemen. . Youths in the area took to the streets to protest against the killing.

Easter Sunday procession became a tragic festival of death in Gombe State, after a Policeman drove into a crowd of Boys Brigade members, leaving 10 children dead.